A delegation of the Budapest Centre is partecipating to the OSCE- ODIHR’s Human Dimension Implementation Meeting 2015 in Warsaw between 21 September and 2 October 2015.
In course of this meeting the Budapest Centre organizes two side events of October 1st.

On October 1st 2015 between 1 pm and 3 pm the Budapest Centre will host the screening of the documentary movie “Watchers of the Sky”
Opera Room – Sofitel Victoria Warsaw – Królewska 11, 00-065 – Warszawa, Poland (download flyer)

The screening will be followed by a convesation with producer Elizabeth Bohart.

WATCHERS OF THE SKY is a feature-length documentary that examines the cycles of mass violence, – and the world’s response to them, – from multiple angles – historical, psychological, political, legal, and experiential. Inspired by Samantha Power’s Pulitzer Prize-winning book, A Problem From Hell, Academy Award-nominated filmmaker Edet Belzberg brings viewers to inaccessible places and introduces indelible characters – all of them working to fight one of history’s most incorrigible realities. The film weaves together four modern stories while uncovering the forgotten life of Raphael Lemkin, the tenacious unofficial lobbyist who invented the term ‘genocide.’ WATCHERS OF THE SKY takes the viewer on an unforgettable journey, from Nuremberg to Rwanda, from Bosnia to Darfur, and from apathy to action.

The documentary WATCHERS OF THE SKY is a catalyst for illuminating the history and pattern of genocide and mass atrocities in human civilization and seeks to engage audiences in understanding how individuals, communities and institutions can impact change and become voices for the forgotten faces of injustice and violence. The initiative is designed to extend the message of the film beyond the screen, by creating a collaborative forum that stimulates audiences to choose action over apathy.

WoTS is partnering with educational organizations and NGOs whose mission is aligned with the work of the film’s characters and the key message of the film. Partnerships involve establishing creative uses for the film, depending on the needs of individual organizations. Discussions for areas of collaboration include: educational programs, special screening events for key and targeted audiences internationally, WoTS recognition platforms and awards, a support for advocacy campaigns. 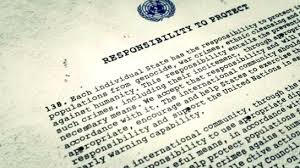 On the same day between 6 pm and 8 pm a roundtable of experts “Governance, tolerance, and protection of minorities – The human dimension of RtoP”
Meeting Room 3 – Sofitel Victoria Warsaw – Królewska 11, 00-065 – Warszawa, Poland

The ODIHR defines human rights, rule of law, and democracy as the “human dimension” of the OSCE security strategy. Promotion of this human dimension is indeed a key element in the consolidation of international peace and security. In the context of the Responsibility to Protect, the human dimension can be considered an umbrella category encompassing all medium- to long-term strategies for the prevention of mass atrocity crimes. Historical events and current crisis have proven that no country is immune from mass atrocity risk, and therefore long-term preventive strategies should be implemented in all contexts at all time. This is especially the case for those countries hosting large minority groups that to some extent face overt or cover forms of discrimination. Policies to build inter-group dialogue, foster tolerance, and ultimately protect the rights of minority members are central to the construction of resilient societies and to the dissipation of mass atrocity risk.

In light of the above, and by marking the 10th anniversary of the creation of the normative principle, the Budapest Centre wishes to discuss the “human dimension” component of the Responsibility to Protect in the context of the ODIHR Human Dimension Implementation Meetings. In particular, the Budapest Centre wishes to highlight the importance of applying a mass atrocity lens to policy actions taking place in situations where the risk is low, yet constantly present, such as most OSCE member states. A panel of three experts, respectively from civil society, academia, and diplomacy, will engage in a discussion on best practices, lessons learned, and future challenges in the implementation of the human dimension of RtoP. A Budapest Centre in-house expert will moderate the discussion.

These two events are part of the V4Prevention Projects and are supported also by the International Visegrad Fund. 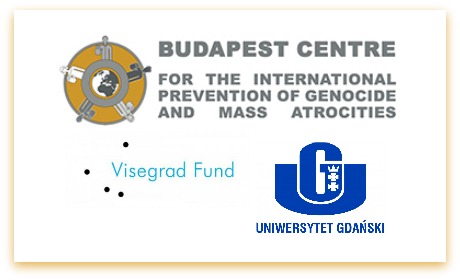