Roundtable Report: "Training for prison personnel in the field of preventing radicalization” 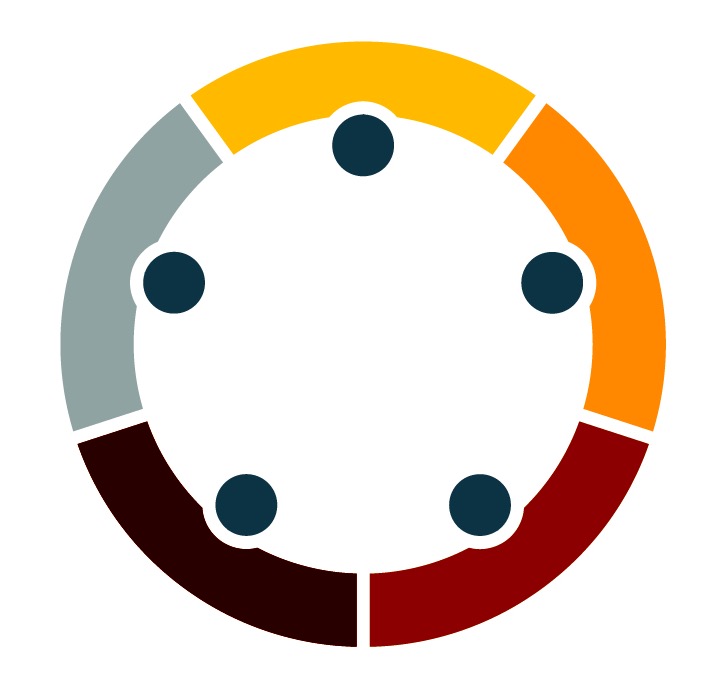 On 8 November 2017, The Budapest Centre for Mass Atrocities Prevention organized a roundtable discussion at the Faculty of Military Sciences and Officer Training, Hungarian National University of Public Service (NUPS) within the framework of the project „Prevention of radicalization in the prison-system”.

Funded by the Internal Security Fund of the European Union, it aims at contributing to the coordination and improvement of national and international capabilities of preventing and countering radicalization. At the event, the Budapest Centre aimed to provide a forum for practitioners and researchers to discuss experiences of focus-groups interviews – that have mapped local particularities and needs of Hungarian prisons – conducted with prison personnel and to make recommendations to further improve the content of trainings to be provided for prison personnel within the framework of this project.

The event was opened by Colonel István Resperger, Head of the Institute of National Security of NUPS and Colonel Mihály Kovács, Head of Central Transfers and Records, Hungarian Prison Service Headquarters. István Resperger, having introduced the European trends of radicalization and the activities of the Institute in this field, highlighted that the combination of practice and theory is crucial in preventing and countering radicalization. He underlined that the current event is a perfect example of such an approach. Mihály Kovács stressed that although the risk of radicalization in Hungarian prisons is lower than in Western European countries, trends in society will trickle into prison sooner or later. Therefore, it is indispensable to focus upon prevention. Lastly, he highlighted that the project is fully supported by the Hungarian Prison Service Headquarters and emphasized that the way forward lies in the intensified cooperation of professionals, non-governmental organizations and the law enforcement sector.

György Tatár, Chair of the Budapest Centre for Mass Atrocities Prevention, coordinator of the project, talked about the importance of dialogue as a tool for prevention, the role of polarisation in the conflict-cycle and the main objectives of the project.

He pointed out the importance, and both the advantages and disadvantages of the culture of conflict prevention compared to a focus on reactive conflict management. He explained the role and place of polarization in the process of radicalization. As Tatár emphasized, polarization, as the first step towards radicalization, can be understood as an identity-based and increasingly negative attitude of one group towards another. In the course of this process, the “us” vs. “them” thought construct is established.

According to the theory of Friedrich Glasl, escalation process which culminates in violent conflict can be divided into three phases. The first phase is a conflict that centers on an issue. The second phase is polarization itself when the emphasis shifts to the “other” and to its identity.

The process of polarization and its characteristics were explained in detail from the perspectives of extremism and radicalization. Such characteristics include exclusion, stigmatization, discrimination, demonization, hatred and hate speech and incitement. An escalation in the absence of appropriate preventative measures can lead to the perpetration of extreme, violent acts.

Tatár highlighted that dialogue is an indispensable tool in preventing the escalation process. During dialogue, it is imperative not only to listen to, but to hear the other. Its advantage is that it leads to long-term solutions as the parties involved begin to understand each other’s thoughts, intentions and feelings and incorporate them into a common thinking process and joint solutions. He also mentioned that restorative justice, a special form of dialogue that aims at establishing human relationships, plays a central role during the trainings for prison personnel.

The main objective of the project is to prevent radicalization in Hungarian prisons by developing and testing new capabilities that are adequate for addressing new challenges. To that end, trainings will be organized in five prisons that are based on concrete needs and demands arising from the daily practice of prison personnel that was mapped during the focus group interviews. As part of the project, life path interviews will be conducted with 15 prisoners. The results of the project and its policy recommendations will be summarized in a report in Hungarian and English and presented at a conference in spring, 2018.

Roland Szilassy, expert of the Hungarian Prison Service Headquarters highlighted that as a consequence of the increasing number of extreme, violent acts and the need to counter them, the Hungarian prison system is now facing new challenges. For example, it has taken part in the installment of the border barrier. As a result of the introduction of new laws related to the border barrier and the execution of the alien policing detention, there has been an increasing number of non-Hungarian detainees. This trend coupled with linguistic, cultural and religious differences imposes new requirements for the prison system in the field of risk-analysis, regulations and management. Several prisons have played a significant role in providing food supplies to refugee camps and guarded accommodations in different regions.

Since the increased number of non-Hungarian detainees required more detailed, more precise and more unequivocal regulations for prison personnel, several instruction and methodological manuals have been issued. Furthermore, numerous materials illustrated by pictograms have been provided by Menedék – Hungarian Association for Migrants for institutions taking part in alien policing detention in order to improve communication. Additionally, detailed informative handouts are to be issued in January 2018, translated into 24 languages. During trainings for prison chaplains this topic received particular attention. Safeguarding the well-being of all prisoners is a continuous task for prisons. In order to prevent clashes based on ethnicity and nationality among groups, the allocation of prisoners is regularly monitored by the Hungarian Prison Service Headquarters.

With the aim of fulfilling the abovementioned tasks and addressing new challenges, the Hungarian Prison Service Headquarters regards cooperation with international and national law enforcement bodies, scholars, experts and NGOs as very important. In this regard, the Hungarian Working Group of the Radicalization Awareness Network is considered an outstanding partner.

Tímea Lovig, expert of Menedék – Hungarian Association for Migrants shared their experiences regarding the trainings provided for the personnel of alien policing detention. Similarly to György Tatár, she also highlighted the importance of dialogue in their activities.

The main objective of their trainings is to ease tensions through attitude change by utilizing the tools of social work. The precise content of the trainings is based on continuous ongoing consultations with prison personnel, which aims to ensure that responses are adequately tailored to real needs.

Speaking of the experiences gained during the previous trainings, the particularities of the given institution and the different groups within the personnel, as well as the changing institutional and legal environment were mentioned as factors that greatly influence the preparation and implementation of the trainings. She pointed out that a holistic approach, that is, the integration of all professionals working across different domains is important. Addressing both common and extreme situations is a priority, and striking the appropriate balance between them is crucial. Evaluation, feedback and continuity are vital to increasing the efficiency of the trainings.

Gábor Héra, instructor of the Faculty of Law Enforcement at the National University of Public Service and senior researcher of the project presented the findings of the focus group interviews that had been conducted with prison personnel as an initial step of the project. The objective of these interviews was to map the needs and demands of the personnel of five Hungarian prisons.

The interviewees identified several groups among prisoners that are created by the operational mechanism of prisons and the regulations on detention. Additionally, numerous other informal groups of prisoners were identified that exist only because their members – as a consequence of their divergent values, worldview, origin, lifestyle, level of influence or other reasons – separate from the others. Findings have shown that the sign of conflicts and radicalization are present primarily in the case of the aforementioned informal groups.

Nevertheless, it is important to emphasize that below the surface of identity conflicts there are often other factors that are genuinely responsible for creating and increasing tensions. In this regard, lack of appreciation, grievances, the feeling of being discriminated, divergent interests and lifestyles, and social and political trends that increase tensions among groups and the communicational difficulties between concerned groups play an important role.

After the presentation of the findings, Héra identified difficulties that can hinder and tools that can facilitate the work of prison personnel regarding radicalization and the conflicts among groups.

Borbála Fellegi, trainer of the project and executive director of the Foresee Research Group, introduced the audience to the guiding principles and structure of the 3-day-long trainings to be organized in five Hungarian prisons.

The primary objective of these trainings is to improve participants’ professional skills in order for them to be able to individually address conflicts in prison on the spot and also at an organisational level, and to recognize those situations where certain measures must be taken.

To that end, the trainings first collect and review the tools and resources that are already at hand. Second, participants of the trainings define their perceived role and challenges regarding radicalization and the management of conflicts and polarization. Following these steps, based on a restorative approach and tools, trainers design methodologies and protocols that reflect the needs and demands arising from the daily practice of the participants.

The approach of the trainings builds upon the elements of acknowledgment, support, recognition and empowerment. Such an approach is indispensable since prison personnel face in an intensified manner those tensions and trends of polarization that are present in our society. Therefore, the “well-being” of prison personnel from all aspects is crucial to the security of society as a whole.


For the English version in pdf, please click here