The BC @the EU and the Global Development Framework: a Strategic Approach to the 2030 Agenda 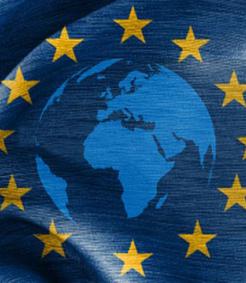 The discussion was centered on the strategic role of the EU as a global actor in the framework of the implementation of the 2030 Agenda for Sustainable Development adopted at the United Nations Summit in September 2015. Two key issues were addressed during the conference: a) how the EU can rationalize the global system for development cooperation, involving diversified local, national, regional, and international actors in order to improve its efficiency and bring it closer to the needs of the beneficiaries; b) how the EU can engage with both the private sector and CSOs, which represent key actors to implement well-grounded and effective development cooperation policies at the Union level.

Mario Giro, Deputy Minister of the Italian Ministry of Foreign Affairs, and Nathalie Tocci, Special Adviser to EU HRVP Federica Mogherini, opened the conference with some introductory remarks on the key priorities set forth by the SDGs. Emphasis was put on the innovative feature of the 2030 Development Agenda, which adopts a holistic approach towards global challenges such as hunger, poverty, education and climate change. Ms. Tocci underlined the importance of global governance of the SDGs and the crucial role of civil society, private sector, and international organizations in the endeavor towards their attainment.

The floor was then given to Christos Stylianides, EU Commissioner for Humanitarian Aid and Crisis Management. In his keynote speech Mr. Stylianides stressed the need to strengthen cooperation among all institutional and non-governmental actors when addressing global threats and challenges as well as the importance to think in an innovative manner when searching for solutions. Commissioner Stylianides argued that two main requirements are necessary for the EU to succeed as a global actor: credibility, which is linked with delivering results, and resilience, by preserving our Union and preventing fragmentation and disintegration. Speaking about the ongoing refugee crisis, it was pointed out that building a fortress Europe will bring about the beginning of the end of the Union. For this reason, improving management of external borders and addressing the root causes of the ongoing conflicts in Syria, Iraq, and Afghanistan through effective coordinated policies are two key issues that must be considered when committed to solve the current humanitarian crisis and ensure the survival of the Union as a whole. A common goal for all actors should aim at building stable communities able to withstand shocks. To this end, policy priority must be given to measures that make populations less reliant on aid and, hence, more resilient, such as investments in job opportunities, education, infrastructures, social protection and institution building. In particular, Mr. Stylianidis stressed the importance of education as a shield for vulnerable individuals as it protects them from radicalization, terrorist recruitment, and early marriage. The first World Humanitarian Summit that will be held in Istanbul in May represents an important chance to strengthen political commitment as well as increase coordination and efficiency of humanitarian response vis-à-vis the current humanitarian crisis.

James Mackie, Senior Adviser of the European Centre for Development Policy (ECDPM) facilitated the first session of the conference, which was focused on the new global governance for development. A specific issue raised concerned how to effectively use ODA in order to catalyse financial resources from the private sector, as affirmed in Addis Ababa last July at the Third International Conference on Financing for Development. Laura Frigenti, Director of the recently born Italian Agency for Development Cooperation, identified the revolutionary aspects of the 2030 Agenda in its universality, as it applies to all countries, and in the fact that for the first time development is not treated as a governmental bilateral issue but calls to action a diverse spectrum of actors globally such as CSOs, the private sector, and international financial institutions. Engaging with a wide array of players is of paramount importance in the global development framework as the challenges are progressively more complex and multi-sectorial, thus needing complex solutions. Matthias Helble, Research Economist at the Asian Development Bank Institute, focused attention on the need for improved coordination among different actors to avoid overlapping and duplication of efforts. A potential risk linked with the increasing number of finance institutions involved in the development field was identified in unhealthy competition among them.

Margherita Romanelli, Policy Adviser for the Italian NGO Gruppo Volontariato Civile, concluded the session with a speech concerning the crucial role of civil society and local grassroots organizations in providing examples of best practices to be transferred to national and international development institutions. Ms. Romanelli argued that the principle of Policy Coherence enshrined in Art. 208 TFEU should constitute the key reference for an effective implementation of the SDGs in the EU Global Strategy. The importance of policy coherence for sustainable development was later reaffirmed by Gaspar Frontini, Head of the DG DEVCO “Policy and Coherence” Unit. In his speech Mr. Frontini explained that one of the priorities that the EU should address in the next future is finding a strategy to reflect the changes linked with the implementation of the 2030 Agenda in the Common Foreign and Security Policy, which is currently still anchored to the vision of the MDGs. More specifically, the EU is called to consider how to deal with interaction between poverty reduction and sustainability, global public goods and climate change. Gender and income inequalities as well as human rights will have to be extensively addressed in the new Agenda.

During the second session of the conference, Anders Aeroe, Director of the International Trade Centre, pointed out that the absence of a strong industrial structure especially in poor countries is a sign of development shortcomings at large. Fostering industrial competitiveness at the national and international levels, increasing access to credit for SMEs and creating a favourable business environment are key drivers for boosting productivity, trade, investment and job creation. To this end, public-private sector cooperation and increased availability of funding are crucial elements that allow local communities to develop resilience to external shocks.

Jason Nardi, Delegate of Italian NGO RIPESS EU, adopted a critical view on the SDGs framework of implementation. Mr. Nardi argued that the contribution of the private sector to the attainment of the SDGs will be very hard to obtain due to the lack of material incentives. Furthermore, in Mr. Nardi’s view, the EU needs to abandon the growth paradigm and focus more on addressing inequality and redistribution, especially considering that recent research estimates that approximately half of the world’s wealth today is concentrated in the hands of 1% of the population.

The third and conclusive session of the conference was centred on the link between food security, political stability, and crisis prevention. Luca De Fraia, Deputy Secretary General of ActionAid Italy, explained that the issue concerning food today is not about scarcity but about unequal distribution. The 2007/2008 food crisis in North Africa was in fact not due to a lack of productivity but to a lack of access to food that, in turn, was caused by the dramatic food prices spikes that occurred during those years. Mr. De Fraia emphasized that since a significant portion of the population of most poor countries in the world today live in rural areas and are heavily dependent on agriculture for their livelihood, priority must be given to measures aimed at raising agricultural and rural incomes. Prioritizing these measures represents the only solution to prevent political crises and instability in the poor regions of the world.

Kostas Stamoulis, Assistant Director General of the Economic and Social Development Department of the Food and Agriculture Organization of the UN opened his speech explaining how food security in a country cannot be achieved exclusively through measures addressing this issue specifically, but can also be obtained by implementing effective policies in other relevant interlinked fields such as political stability, conflict prevention, inequality reduction, human rights protection, etc. Raising rural and agricultural incomes builds resilience within national communities that in turn allows them to devise timely and effective response to periodic shocks. Mr. Stamoulis continued by providing a distinction between food loss and waste and underlined that these are two issues that require better measurement, since data available today is still scarce or unreliable.

The floor was then given to Gulshan Sachdeva, Professor at the Centre for European Studies of New Delhi. Dr. Sachdeva underlined the crucial role that India is called to play in the forthcoming years in the progress towards the achievement of the SDGs (particularly SDG1 and SDG2 concerning, respectively, poverty and nutrition), considering that today 30% of India’s population is considered very poor and 50% relies on agricultural for its livelihood.

In recent years, the number of registered CSOs in India has risen to 2mln, thus suggesting that the role of civil society in shaping national food security policies will increase in the future. Dr. Sachdeva concluded his speech calling for closer cooperation between the EU and India as partners in the area of development cooperation since the recent shift of India’s position from ODA recipient to donor country.

Ettore Greco, Director of the Italian Institute of International Affairs, and Giampaolo Cantini, Director General for Development Cooperation of the Italian Ministry of Foreign Affairs and International Cooperation concluded the conference with a brief overview of the key points addressed during the discussion and called for a stronger political commitment by the whole international community in the endeavour towards the achievement of the SDGs.