BC representatives participated in the Fifth EASO Consultative Forum

The Forum, organized by EASO, is an annual event that brings together civil society organizations, academics, member of EU institutions, and agencies and aims at increasing and enhancing the partnership between civil society and EASO. The event represented a great occasion to learn from the past experience, identify new challenges, and discuss ideas for future cooperation.

The meeting was divided in three roundtables that covered specific topics in the field of European migration. The first focused on EASO’s activities in the Hotspots in Italy and Greece and described the actual situations in the two countries, highlighting the role of European agency in the implementation of the hotspot system. During the discussion, the speakers emphasized the importance of the civil society’s role in suggesting new methods and implementing tools that would improve the efficiency of the hotspots. 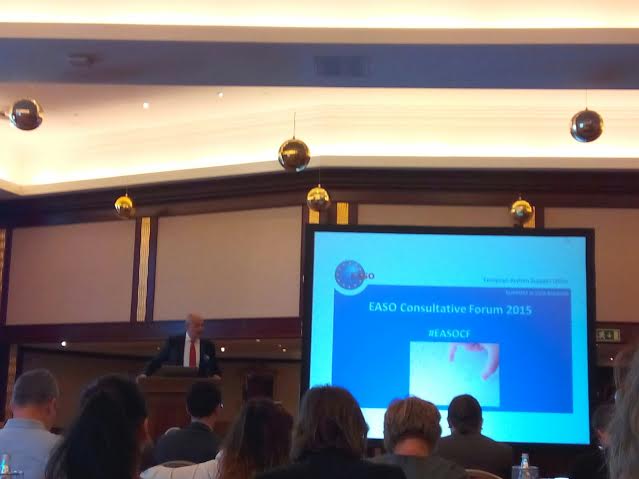 The second roundtable was concentrated on the topic of Western Balkans migration route and Western Balkans as a safe country of origins. The session explained the current and future actions and plans that will most likely take place in this area and stressed the development of synergies between the local civil society and EASO. In addition, the meeting was fruitful in strengthening the cooperation with other international organizations that operate in this field and are interested in strengthening the capabilities of Balkan states and associations. 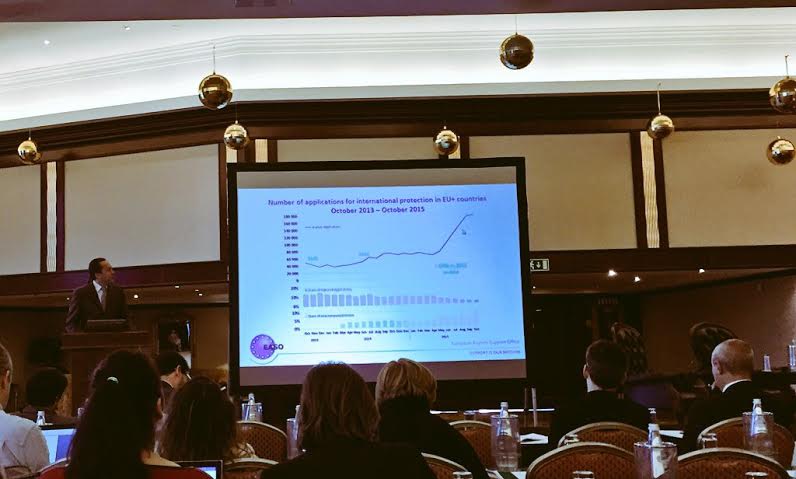 The third and last roundtable focused on EASO’s Annual Report on the Situation of Asylum in the EU and the EASO Work Programme 2016. During the session, EASO encouraged the audience to provide feedbacks on these documents and suggested measures and tools as a follow-up on these documents. The main aim of this last roundtable was to stimulate ideas and exchange views on how to increase and foster the engagement with civil society in EASO’s work and reports and to what extends civil society can respond to EASO goals and plans.

The Budapest Centre welcomes these meetings in order to enhance the partnership between EASO and the civil society, which we consider key actors in the spreading of awareness and information for the sake of a peaceful and smooth integration of migrants in Europe.