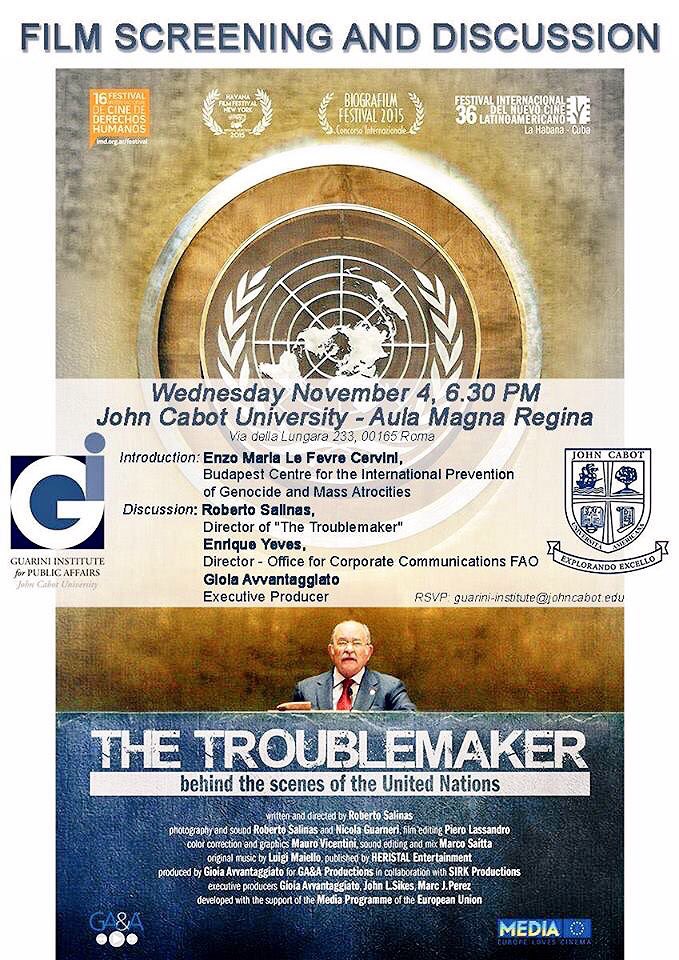 On Wednesday, November 4th, the Budapest Centre for the International Prevention of Genocide and Mass Atrocities and the Guarini Institute for Public Affairs jointly hosted a film screening and discussion of “The Troublemaker: Behind the Scenes of the United Nations” at John Cabot University.

The movie recalls a year in the life of the General Assembly through the eyes of Father Miguel D’Escoto, a man whose directness and plain speaking clash with the protocols and polished diplomatic language of the UN system. With unique access inside the UN, the film takes the viewer behind the scenes, shedding light on its opaque mechanisms and power dynamics. Father Miguel was President of the General Assembly from 2008 to 2009, even though his story proved to be timeless, allowing the viewer to take stock of how the UN is today. 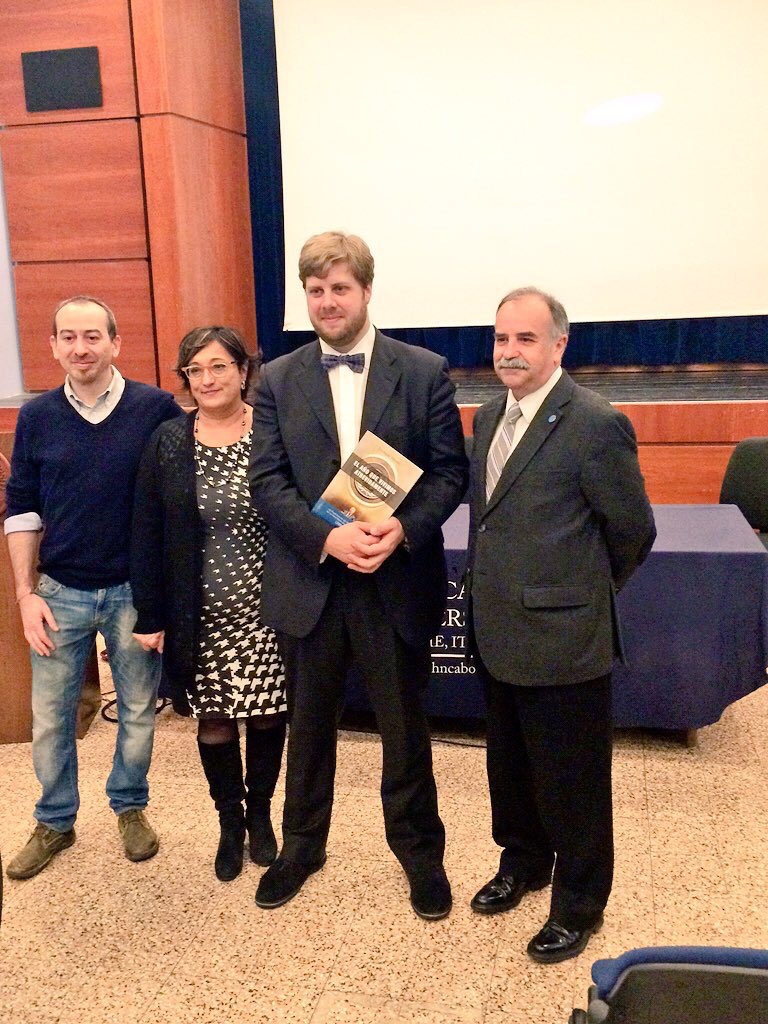 After his warm welcome of Federigo Argentieri, Professor of the Political Science Department at JCU and Director of the Guarini Institute for Public Affairs, critically examined the role of the United Nations in world politics.

Professor Enzo Maria Le Fevre Cervini, Director of Research and Development of the Budapest Centre, introduced the film and moderated the follow up discussion. In his introductory speech, Le Fevre highlighted how Father D’Escoto was such a powerful and humane figure at the same time, capable of becoming head of the most democratically inclusive body in the world with a clear idea and mission. Dr. Le Fevre encouraged the participants to be “a little bit of D’Escoto themselves,” fostering constructive ideals capable of reinventing the status quo. 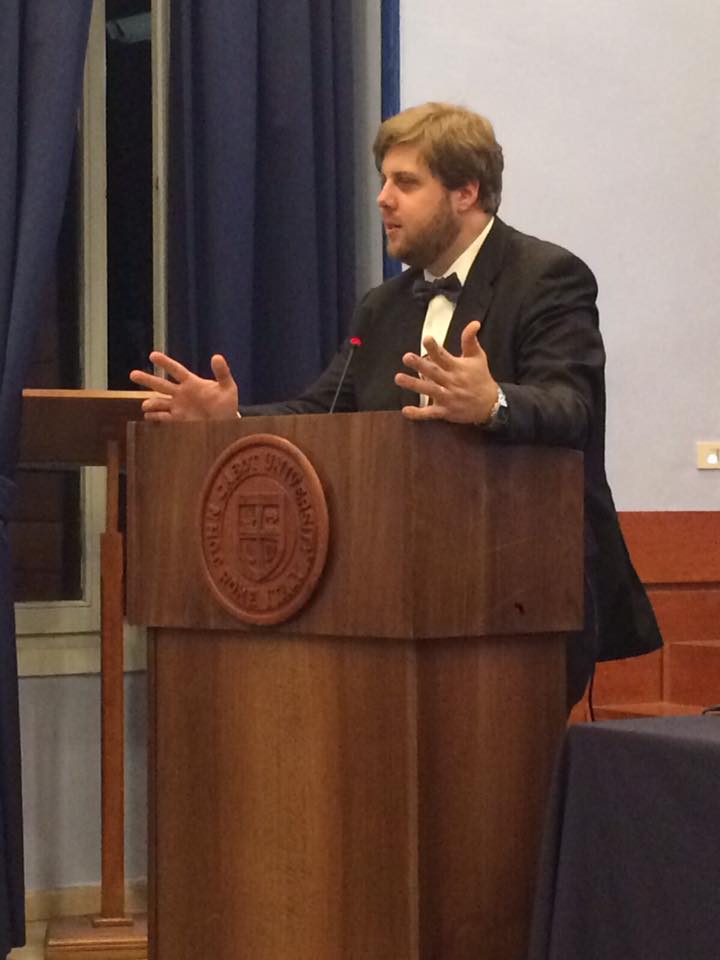 In the follow-up discussion, Director of the movie Roberto Salinas claimed that it was impossible for him not to show the human dimension of Father D’Escoto in order to understand its impact in the United Nations. The Director stressed that, in several occasions, Father D’Escoto was trying to reach his colleagues and antagonists by holding their arms, hugging them, and generally making strong physical and eye contact.

Executive Producer Gioia Avvantaggiato was also present to the screening and answered a few questions pertaining the production of a documentary movie on such a sensitive topic and involving a wide array of prominent figures in the UN system. 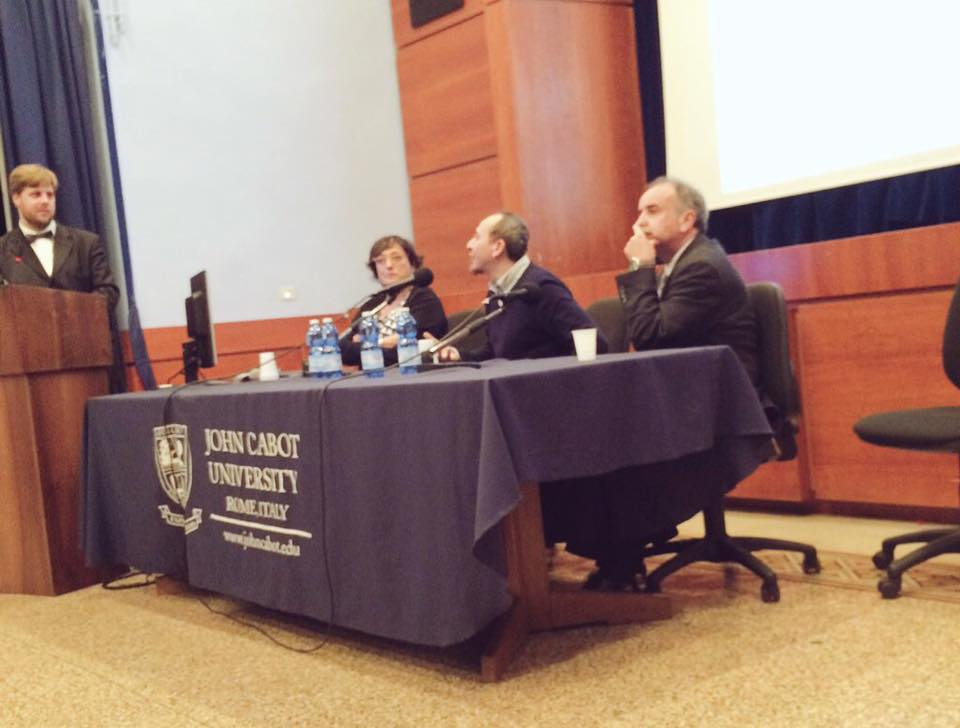 Enrique Yeves, Director of the Office for Corporate Communications of the FAO, answered a few questions on the future of the UN and argued that it is important to show the contradictions of such organization to understand its shortcomings and to call for reinvention of such system. Reforming the UN is ultimately possible only if everyone follows the path of “The Troublemaker” D’Escoto and acts in the interests of humanity. Yeves also ceased the opportunity to present his book entitled “El año que vivimos atrevidamente” Spanish title for “The Troublemaker”.

The Budapest Centre for the International Prevention of Genocide and Mass Atrocities wishes to thank Salinas, Avvantaggiato, and Yeves for the screening and the excellent discussion that followed, and John Cabot University and the Guarini Institute for Public Affairs for hosting the event.