The Budapest Centre @ the Eye On Earth Summit 2015 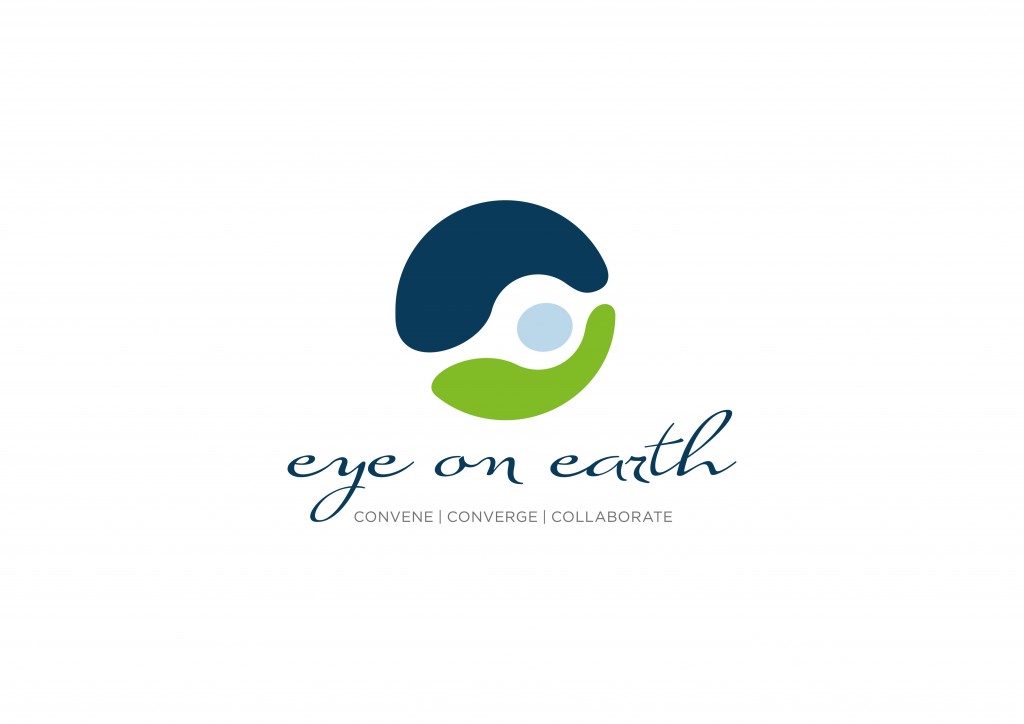 The Budapest Centre of the International Prevention of Genocide and Mass Atrocities attended the Eye on Earth Summit 2015 hosted in Abu Dhabi from the 6th to the 8th of October. 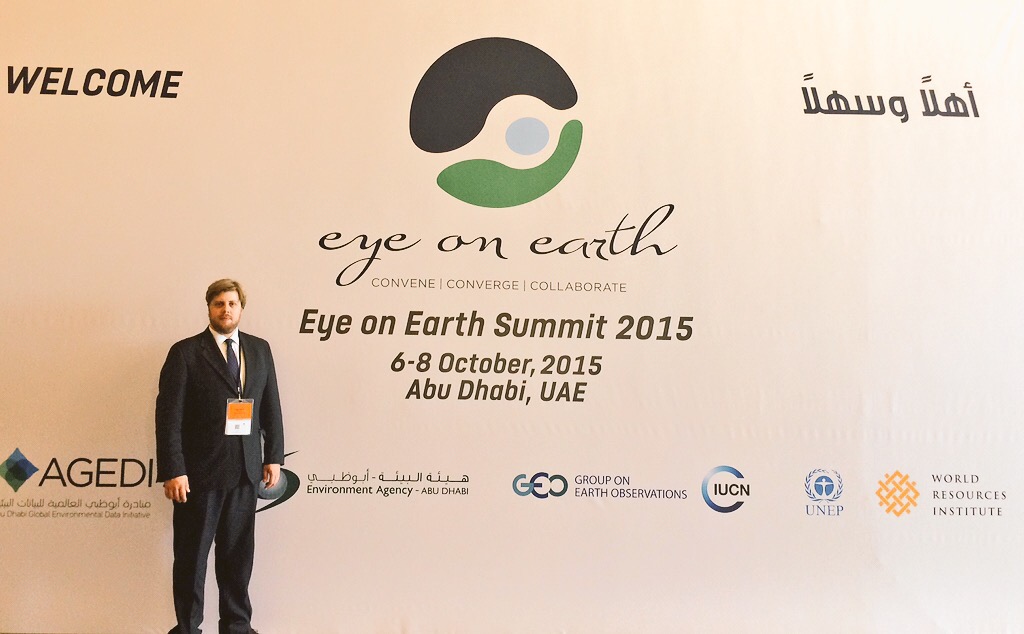 Eye on Earth is the convergence of a series of initiatives by several organizations over the past few years that collectively address the global challenge of increasing access to information to support sustainable development. In the framework of the Summit, upon invitation, Professor Enzo Le Fevre Cervini, Director of Research and Cooperation of the Budapest Centre, delivered multiple Pecha Kucha sessions focusing on the a nexus between atrocities prevention and sustainable development and for the empowerment of specific policies that, by becoming more prone to sustainable development, would aim at addressing directly the roots of ongoing riots, wars, tensions, fragility of States, and global challenges. Indeed, “Convene, Converge, Collaborate,” the slogan of the Eye on Earth Summit 2015, captures the crucial importance of environmental and societal information and networking to decision-making by convening thought and action leaders of the international community, converging consensus on the key areas of mutual importance, and collaborating towards strengthening existing initiatives and filling the gaps into the future. 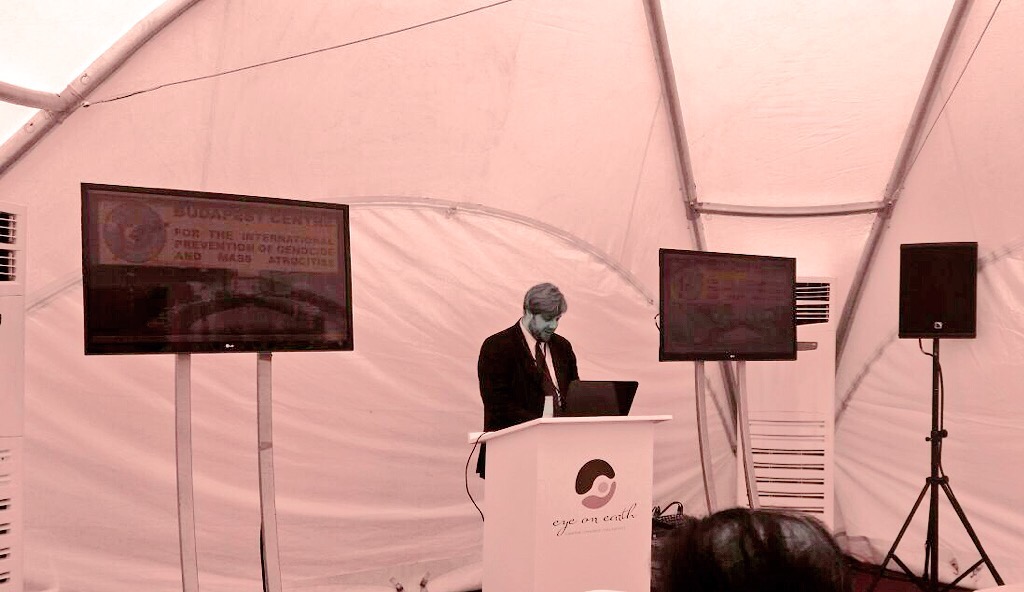 To introduce the main tasks that the Budapest Centre has being successfully carrying on since 2011, he addressed the role that development actors have in the effective implementation of the second pillar of the Responsibility to Protect (R2P), which states that the international community has a responsibility to assist States in their primary duty of protecting people from atrocity crimes. Because the majority of the actors of global governance finds themselves embracing a common vision, Enzo Le Fevre Cervini stressed a crucial point that is of fundamental importance within the common vision: there is no security without development as well as there is no development without security.

Indeed, Security and Development cannot be treated separately because the current perception of Security has become strictly connected with the confrontation of extreme vulnerabilities not only in wars, but also in both natural and man-made disasters. Thus, human security is more and more tied to people’s access to natural resources as well as vulnerabilities to environmental change. As a result, development and environmental agencies should assume a much more significant role in supporting the mass atrocities prevention architecture. By doing so, also migration and people’s movements into societies would be addressed and, therefore, improved. 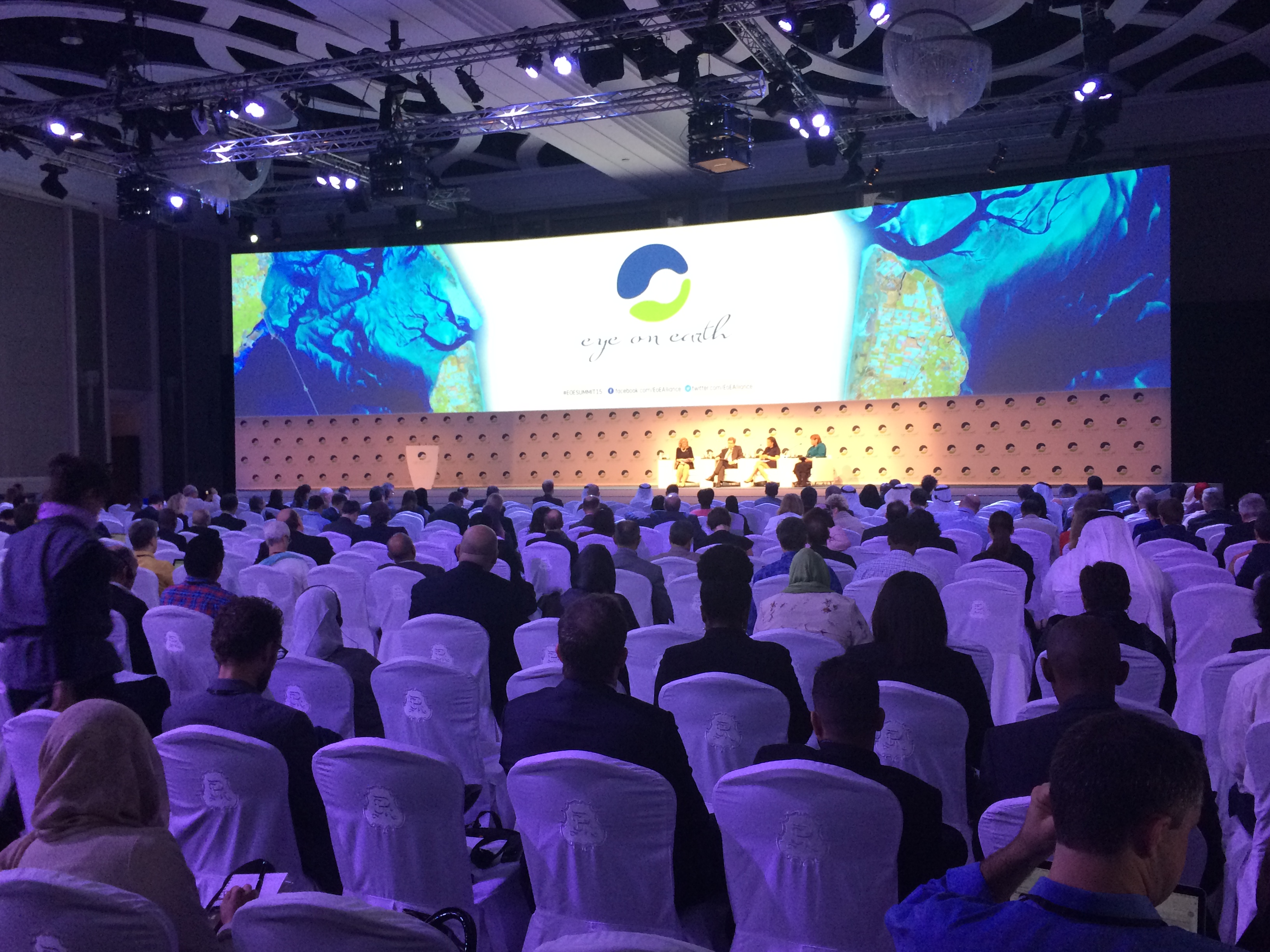 Furthermore, he emphasized the main goals that the Budapest Centre seeks to achieve. More specifically, he recognized the need to connect experts and stakeholders from all around the world with the aim of providing mechanisms for a continual and efficient knowledge exchange and for the cogeneration of innovative legal solutions to sustainable development. It is an international community’s priority and responsibility to prevent fragilities and, consequently, tensions, frustration, and humiliation as well as it is an international community’s responsibility to protect the populations of the world.

It is clear that the Budapest Centre shares and supports the goals of the Eye on Earth Initiative concerning the building and mobilization of institutional support in order to facilitate the sharing and management of environmental, societal, and economic data and information, which are provided by the diversity of knowledge communities, to support sustainable development. Indeed, an informed decision making for sustainable development is essential to guarantee human security and development and prevent genocide and mass atrocities.

To achieve its goals, the Budapest Centre has embraced the common vision of the international community and will concentrate its work on facilitating the dialogue on what genocide prevention “lens” for development policies might look like when implemented in societies at risk of mass atrocity, especially in post-conflict and fragile States. As Enzo Le Fevre Cervini claimed during one of his Pecha Kucha sessions, “Making the world a safer place thanks to policies that are more prone to sustainability will contribute to diminish tensions among populations and will lead to more access to resources in a form that might contribute to human security and conflict prevention.”

The Budapest Centre looks forward to a stronger and more practical cooperation in the promotion and pursuit of its goals and, therefore, encourages you to “Convene, Converge, Collaborate” for a sustainable development.

Next November 16th the Budapest Centre will convene in Washington DC a panel in the framework of the Law, Justice and Development Week hosted by the World Bank. The session “Ten Years of RtoP: The Way Ahead. Implementation of a normative principle” will be introduced by a key-note speech of Adama Dieng, the United Nations Secretary General’s Special Adviser on the Prevention of Genocide. The initiative is part of a series of events organized by the Budapest Centre as co-chair of the Community of Practice on Development and Mass Atrocities Prevention of the World Bank’ Global Forum on Law, Justice and Development.