On the 17th and 18th of September, Treviso hosted the first of five regional meetings of the forum for Religious Leaders on the prevention of incitement to violence and crimes against humanity promoted by the United Nations Office of the Special Adviser for the Prevention of Genocide.

After the last meeting in Fez (Morocco), more than thirty religious leaders from different countries met in Treviso to augment and strengthen the Action Plan aimed at contrasting ‘hate speech’ and atrocity crimes. Enzo Maria Le Fevre Cervini, Director of Research and Cooperation at the Budapest Centre for the International Prevention of Genocide and Mass Atrocities, attended the meeting together with European Religious leaders and the representatives of both the Italian Ministry of Foreign Affairs and the Italian Committee for human rights. 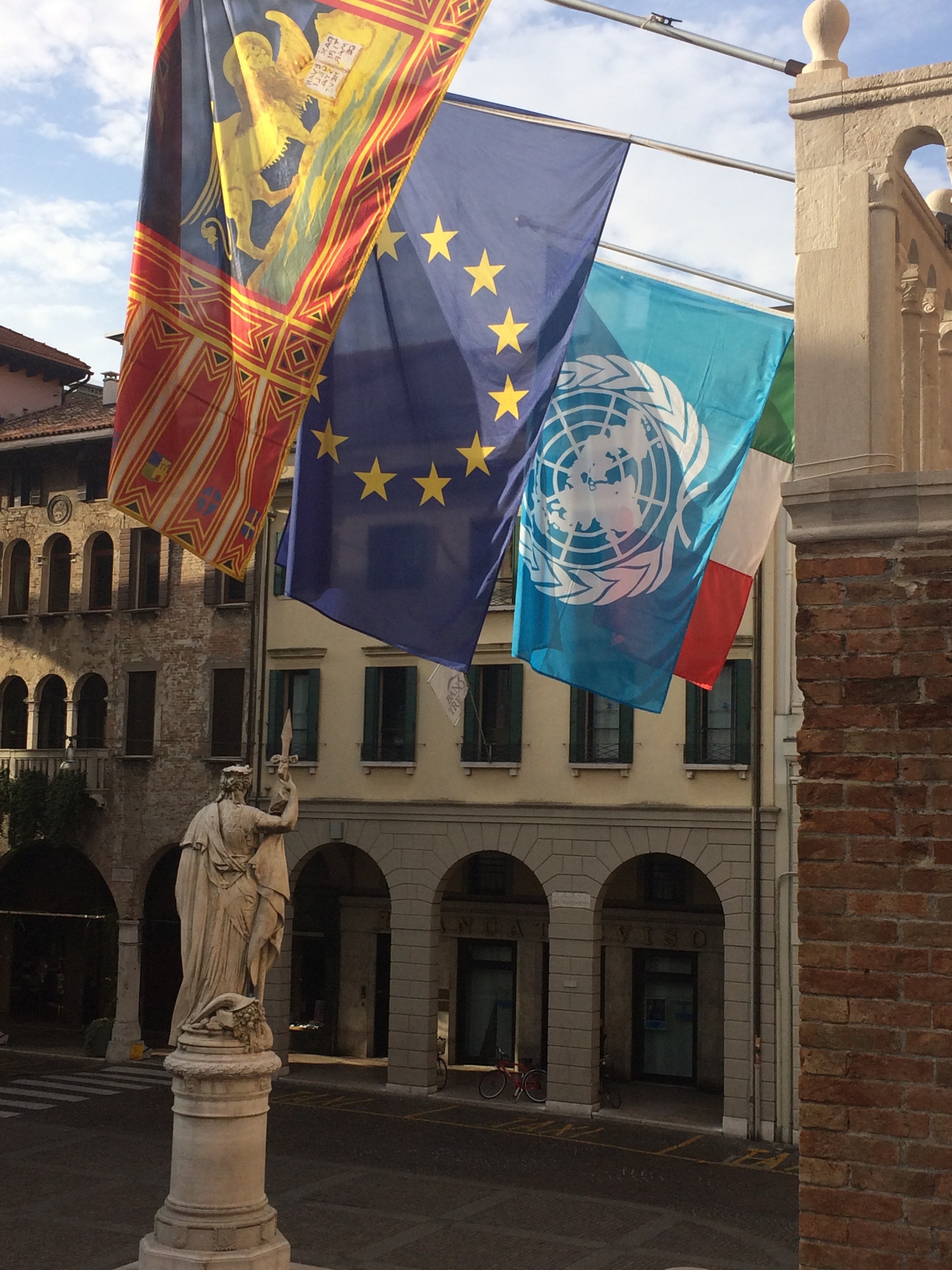 The main focus of the two-day meeting was on the examination of the challenges that the European regions have been facing as well as on the analysis of the current initiatives to counter incitement to violence, which could lead to atrocity crimes. In looking at the ongoing initiatives, the participants of the meeting also identified the majority of challenges and gaps, which should be overcome or, at least, reduced, and the major opportunities and available resources that, on the contrary, should be exploited and taken into account.

Diversity and collaboration were two relevant concepts that characterized the meeting. Participants with different nationalities, religions, and cultural backgrounds gathered to start working towards the same objectives. As a result of the variety of the meeting, representatives came up with different options for responding to challenges and risk factors that were assessed on the basis of the Fez Plan of Action. Unanimously, they agreed on the importance of the Internet and social media to address the European challenges and raise awareness among the European and global population. In addition, they shared the relevance of education and the need for capacity building in the process of promoting tolerance.

More specifically, the entire group meeting agreed on the concern over the increasing human discrimination based on faith, which is leading to a polarization of the political discourse, and on the existing obligation to respect humanitarian laws, principles, and standards as a putative solution for protecting the dignity of people, which is constantly under threat. As drafted in the Fez Declaration and as remarked in Treviso, representatives from different religions and faiths have become more and more concerned with religious-based mass atrocities and with the increasing number of reports about ‘hate speech’ and incitement to violence in all those regions in which the level of religious tensions is relatively high.

Religious tensions and violence do not only lead to religious wars and crisis; indeed, they also represent the main causes of migration, affecting, therefore, the international, regional, and sub-regional actors of the entire global community. Consequently, international, national, and local actors of global governance should address the role of religious leaders with the aim of building a more integrated and responsible society, through the monitoring and management of the political and geo-political dimensions of religion.

What emerged from the meeting is the common agreement on the need to sustain the dignity of people as highlighted in the art.1 of the Universal Declaration of Human Rights saying, “All human beings are born free and equal in dignity and rights.” Moreover, the European Union with the support of all the European actors involved in the promotion of human rights and in the prevention of genocide, mass atrocities, war crimes, and crimes against humanity should implement specific elements in order to help communities accept migrants and, most importantly, integrate them within the European society.

Migrants from Syria, Nigeria, Afghanistan, Iraq, Iran, and other Central African and West Asian countries have been moving to Europe causing the need to reshape the economy and the politics of many European countries. In addition, these migrants usually find themselves emarginated and, more specifically, excluded from the host states that, on the contrary, should consider them refugees – due to their impossibility to survive in their own countries – and provide them with the rights highlighted in the 1951 Refugee Convention. Religious and political leaders should collaborate in managing the distribution and integration of all the migrants in the different European host states as well as in trying to implement the regional strategies to avoid that ‘hate speech’ and incitement to violence could become tools for incrementing religious hatred and atrocity crimes.

Religious leaders should also intervene as mediators between governments and people to raise awareness and get consensus among the Generation X and young adults, who are the most easy-to-mobilize individuals within the society. By being active and dynamic elements of the society, youth are also the most exposed to join terroristic groups and to be manipulated and incited to commit violent acts and atrocity crimes. As a consequence, religious leaders should stress on the importance of education and on the capacity building of a minimum common theological perspective to prevent incitement to violence and hate speech. 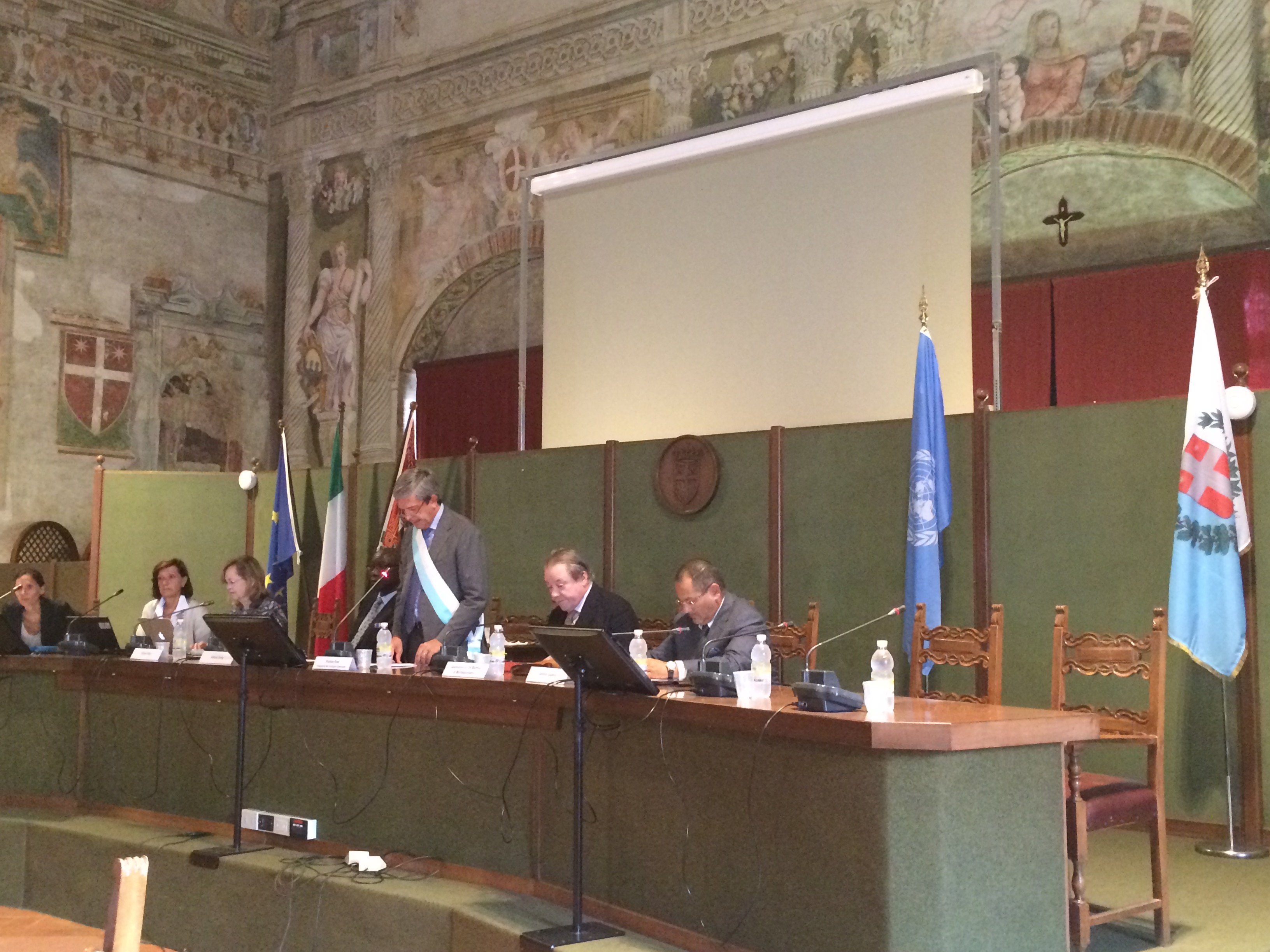 Furthermore, they should reinforce the core values of every religion – hospitality and pacifism – that both religious leaders and followers need to recognize, accept, and respect as their main responsibility. Interreligious dialogue is the most essential tool that religious leaders should adopt to prevent imminent threats and to engage with both political leaders and citizens of the world. Indeed, as Pope John Paul II and Pope Francis stressed, interreligious dialogue is a school of humanity, a builder of unity, which helps build society founded on tolerance and mutual respect.

A need to focus on the implementation of the Plan of Action is what is necessary to prevent ‘hate speech’ and incitement to violence. As Mr. Faisal Bin Muaammar, the Secretary General of KAICHD, said in concluding the Fez Conference on the 24Th of April, “We live in a plural world, and with each passing day, we come closer together. People are separated by different identities, religions, culture, or nation: when those identities become a source of fear and mistrust we can expect violence to follow. There are many in this world who manipulate religious identities to promote violence for their own narrow ends.” This violence is what all the actors of global governance, thanks to the mediation of religious leaders, should prevent and transform into a melody of nobility and beauty that could lead to a more peaceful and just society. 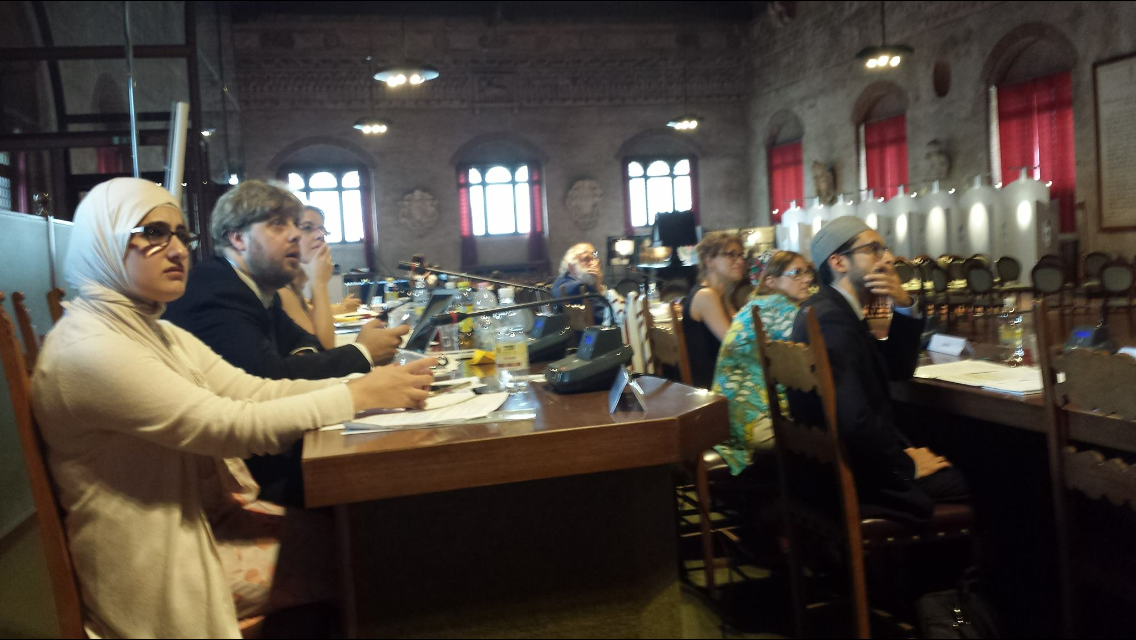 The Budapest Centre for the International Prevention of Genocide and Mass Atrocities will respond to the human emergency call that the European Union and the international community have been facing by being a proactive organization within the European network aimed at supporting the implementation of the regional strategies. Furthermore, it will focus its core activities on the need to raise awareness about the urgency of this issue as well as on the promotion of trainings in which leaders will receive recommendations on how to strengthen the current initiatives to counter ‘hate speech’ and violence and to prevent atrocity crimes and crimes against humanity.